Founded in 1986, Predisan began as a leap of faith…

Predisan began in 1986 with one family…

From what began as one leap of faith, Predisan has expanded to bless the people of Eastern Honduras in many ways. Today, Predisan has a positive reputation across the country, and a growing number of opportunities to serve and share the message of Jesus. Predisan serves the people of Eastern Honduras by providing vital healthcare and community development initiatives while meeting spiritual needs as it proclaims Jesus and heals lives. 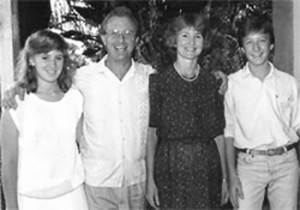 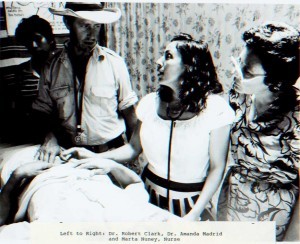 Predisan was founded in 1986 when Dr. Robert Clark, his wife, Doris, and their two children, Robert Jr. and Kendra, moved from Atlanta to Honduras. Their goal was to teach basic health care principles and techniques to community health volunteers in Catacamas and to nearby mountain villages. A year later after the Clarks began work, Dr. Amanda Madrid, a well-known health leader in Honduras, joined Predisan and become the founding medical director. Her first project was establishing CEREPA, the Center for Rehabilitation of Patients with Addictions. In 1987, the original Good Samaritan Clinic was established and initially saw patients on a limited basis. Although Dr. Clark died in 1994, founding missionary Doris Clark continued as a revered counselor in Predisan’s work. Dr. Madrid continues as Chief Executive Officer, overseeing all the direct medical care and public health services Predisan provides. Predisan’s work in Catacamas and the mountain clinics continues at the Good Samaritan Clinic, the Policlinico, health centers in barrios of Catacamas, in mountainous Culmi and Cuyamel, and at the CEREPA addiction treatment center. The health centers serve a population of 150,000 people. In 2014 Predisan began significant services in Culmi, which now includes a birthing center, doctor’s office, ambulance service, access to potable water, and a network of remote clinics. The region, covering 2,925 square kilometers (1,129 square miles) and 32,948 people, is part of the largest surviving area of virgin tropical rainforest in Honduras, and its topographical diversity has resulted in a wild array of ecosystems. Culmi is in the Río Plátano Biosphere Reserve, a mountainous landscape sloping to the Caribbean Coast that is part of the World Heritage Site recognized by UNESCO. The new service area is anywhere from an hour to eight hours away from Predisan’s base in Catacamas, and it is home to two native peoples, the Pech and Tawaka. Predisan’s efforts receive vital support through volunteer programs bringing professionals, church groups, medical brigades, and students to serve and partner with the people of Honduras in proclaiming Jesus and healing the sick. The faith and vision of Predisan’s early founders have grown in amazing ways. Their leadership means that thousands of people have received medical care, a healthier environment, education, treatment for addictions, and have heard the saving message of Jesus Christ.